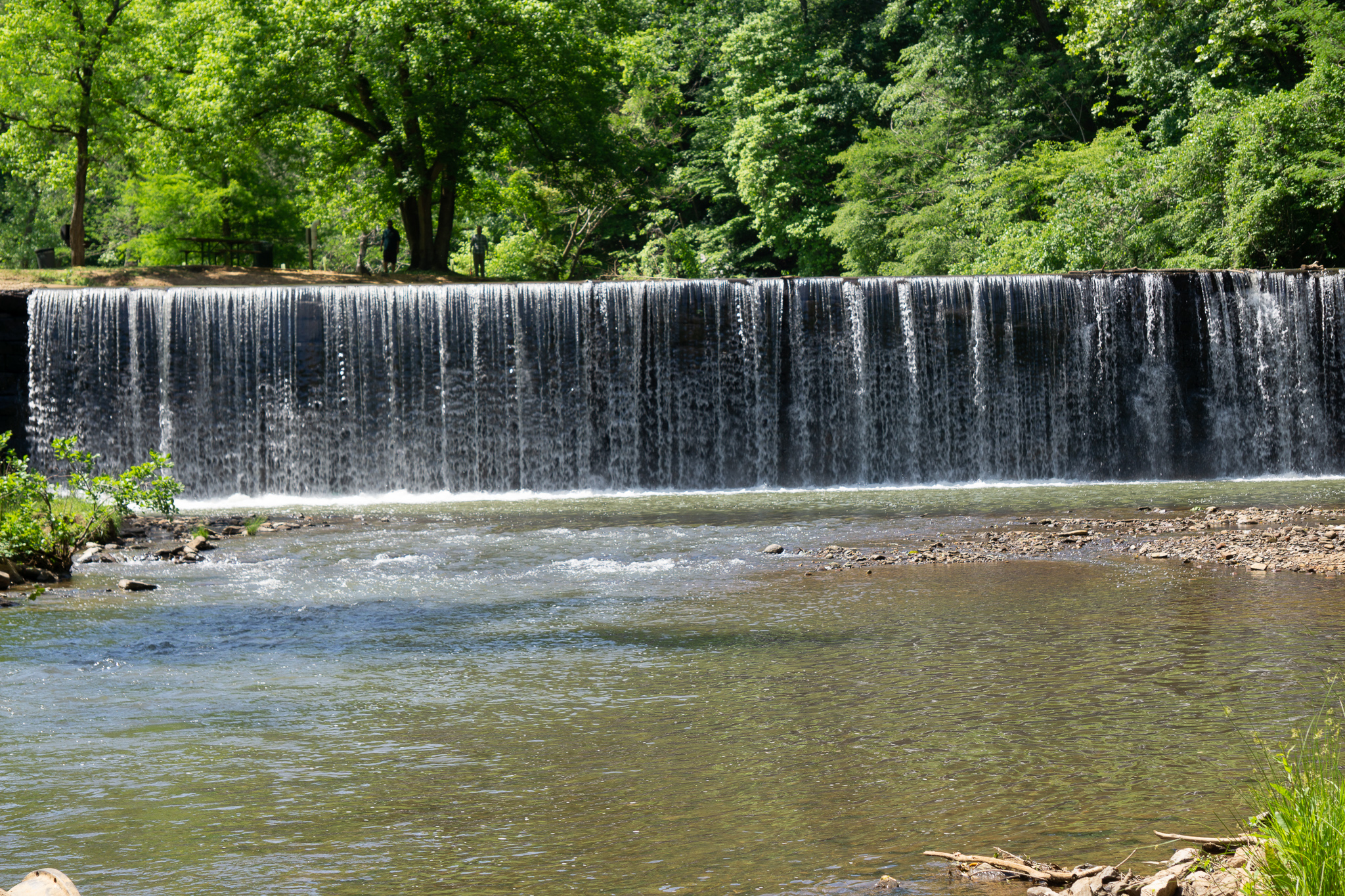 Located a short drive away from downtown Lynchburg, Hollins Mill Park is one of the finest destinations for outdoor recreation offered by Lynchburg Parks and Recreation for residents and visitors to the Lynchburg region. The popular park provides access to Blackwater Creek and numerous biking and walking trails, a lush open field, fishing access, views of the historic Hollins Mill Dam, and picnic tables which are available for public use as well.

Before 1863, the property comprising Hollins Mill Park was owned by William Hollins, who owned a water-powered mill known as Blackwater Mills. Hollins sold the property during the Civil War, and it subsequently became known as Hollins Mill. The family were also benefactors of what would eventually become Hollins University in Roanoke, VA.

At the beginning of the 20th century, the building that stood on the grounds became known as Taylor Wagon Works, one of the largest and oldest wagon manufacturers in the country before eventually housing a mattress manufacturer. Sadly, in 1912, the building burned to the ground, but two years later, in 1914, the Smith family purchased the property and it remained in their hands until it was purchased by the City of Lynchburg to be used as a public park.

Visitors to Hollins Mill Park can access the Blackwater Creek trail system through the Point of Honor trail, a 1.5-mile spur trail that passes through the park. To view a map of Lynchburg’s entire trail system, provided by Lynchburg Parks and recreation, click HERE.

For more information about Lynchburg Parks and Recreation, click HERE

To donate to Lynchburg Parks and Recreation, click HERE