The Lynchburg Regional Business Alliance has a long and rich history of supporting business in the Lynchburg region under several names and structures over the past 138 years. From 50 members to over 1,000; from industry to tourism to economic development and civic programs, the Alliance has had an influence on much of our region's history and success over the past century.

Today, the Chamber has over 750 members from the City of Lynchburg and the surrounding counties of Amherst, Appomattox, Bedford, and Campbell. The Alliance is the largest and oldest business association in Central Virginia and our members employ nearly half of all the working men and women in our region. 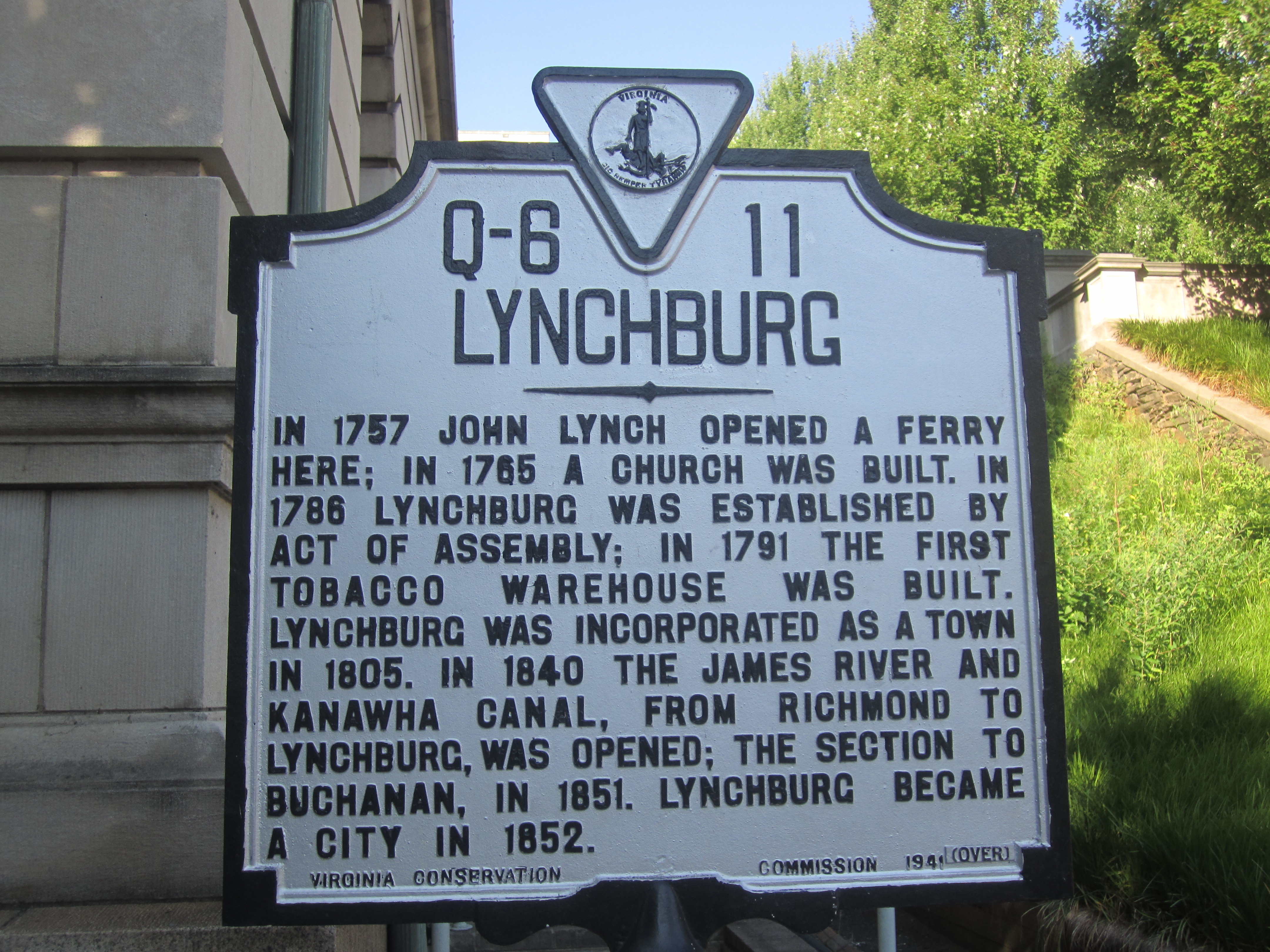 In 1883, a group of business leaders joined together on Main Street in Lynchburg to organize the area’s very first chamber of commerce. The Greater Lynchburg Chamber of Commerce began with just 50 members. Dues were set at $10 for individuals and $20 for businesses; adjusted for inflation that is equivalent to $540 dollars today.

The Chamber’s first office was located at 135 Main Street. A building belonging to the Chamber’s first president, James T. Williams. Unfortunately, there are little surviving records from this period and no list of original members.

The Chamber reorganized in 1909. The Lynchburg Chamber of Commerce reorganized again in 1915, when it merged with the Board of Trade. 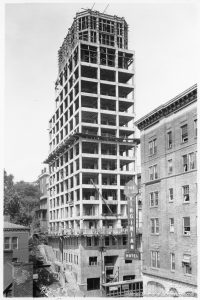 Allied Arts Building under construction in Lynchburg, Virginia - circa 1930

In 1921, the Chamber and Home Economics Association worked to create the Lynchburg Community Chest, which evolved into the United Way of Central Virginia.

In the 1930’s the Chamber raised money to build a “Manufacturers Loft Building to house small industries” according to a 1930 city directory.

The Greater Lynchburg Chamber of Commerce Moves to Memorial Avenue

In 1964, the then called Lynchburg Chamber of Commerce, moved its location to Memorial Avenue, which served the needs of Lynchburg area businesses well.

In 1966, the Chamber announced the decision by the Virginia State Board of Community Colleges that Lynchburg was to receive a new community college. The Chamber’s Aviation Committee also worked to secure jet service from Piedmont Airlines for Lynchburg Municipal Airport.

In 1969, the Chamber changed its name to the Greater Lynchburg Chamber of Commerce to demonstrate that it served the entire Central Virginia area. 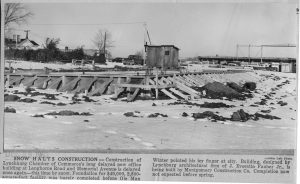 Art Middleton was the Chamber’s director in the 1970s. In this time the Chamber had about 600 members and began to focus more on small businesses. The Chamber resided there for 47 years; however, Lynchburg’s businesses and communities grew dramatically, and the Chamber grew as well and broadened its membership base.

The Chamber received accreditation from the U.S. Chamber of Commerce for the first time in 1973.

What began as an idea in 1975 became the Leadership Lynchburg program in 1977 designed to introduce newcomers to the area and to help leaders connect across their business sectors. The program got an overhaul in 2000 by reorganizing and creating an oversight Council and now touts a national award for its curriculum and community impact. The program has graduated our 45th class and to date has over 1,250 alumni, many of which have gone on to serve in key leadership positions on the local and state level.

In 1979, the Chamber doubled its size with an addition to its Memorial Avenue building.

In 1980, the Chamber’s Highway and Transportation Task Force announced the opening of the new segment of the Route 460 bypass from Candler’s Mountain Road to Wards Road – a long held top priority of that committee.

In 1985, the Chamber created the Team 2000 Task Force, which eventually evolved into the Region 2000 program. The Chamber’s Technical Education Task Force also lobbied the Virginia General Assembly for the creation of the Center for Advanced Engineering to teach engineering programs to undergraduate students at Lynchburg College (which eventually moved to Central Virginia Community College).

In the 1990’s the Chamber was instrumental in creating many community programs, including Crimestoppers, a local Small Business Development Center, Partners in Education, as well as Regional Renaissance, a public visioning process that involved the entire region.

In 2000, the organization changed its name to the Lynchburg Regional Chamber of Commerce to reflect its regional membership and priorities. The Chamber also formed the Committee to Advance the TransDominion Express and secured $9.3 million from the General Assembly to begin statewide passenger rail service.

In 2001, the Chamber formed the Air Service Partnership that secured grants and funds to negotiate with Delta Airlines to return jet service to Lynchburg Regional Airport.

In 2004, the Chamber merged with Sports Capital of Virginia, stabilizing the VA 10-Miler race as an organization. As a result of years of fundraising efforts, the Chamber presented checks to the City of Lynchburg and Lynchburg Hillcats for $407,000 for improvements to City Stadium.

Searching for a Place to Grow

In 2005, the Lynchburg Regional Chamber of Commerce organized a building task force comprised of real estate, architectural, and construction professionals that researched renovation, building and location options. This task force presented its findings to the Lynchburg Regional Chamber of Commerce’s Board of Directors, recommending that the Board of Directors review the possibility of moving the Chamber’s offices to an alternative location. Expanding the Chamber’s current offices was impossible because the facility was landlocked at the corner of Memorial Avenue and Langhorne Road.

For six years, the Board of Directors considered potential locations for its new office as well as a building layout that would meet the Chamber’s and Lynchburg’s future needs. After careful negotiations with Liberty University, the Chamber purchased a lot and building from Liberty University off Candler’s Mountain Road for its new offices. This lot was best known locally as the old “Billy Joe’s” ice cream parlor, located at 312 Border Street. 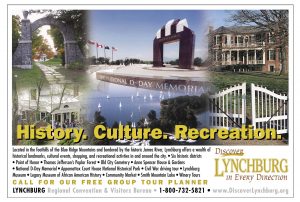 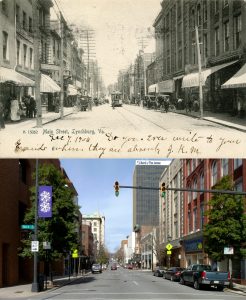 The new 312 Border Street location strengthened the Chamber’s position in Lynchburg, both as a physical location as well as our program of work. In the fall of 2011, the Lynchburg Regional Chamber of Commerce Board of Directors developed a long range strategic plan to fund the renovation of this new facility.
The strategic plan included new and expanded programming to be offered at the Chamber’s new and larger office. It would give our members the ability to conduct meetings in an impressive and spacious setting and provide elected officials with a welcoming backdrop for their presentations while visiting the Lynchburg region.

In October 2011, “Key Fundraising” tested the community’s response to the new Chamber location and a possible capital campaign via interviews with numerous Lynchburg area business and community leaders. The interviews gauged financial support to fund the new building and to identify potential leadership for a major capital campaign. After a positive report based on interview feedback, work began immediately on the Building for Lynchburg’s Future capital campaign.

One of the first orders of business was to evaluate the best options for the location of the new entity as well as potential synergies with like-minded organizations. The Alliance had raised $1.325 million, and an offer was presented to the board and its building committee to purchase the James River Conference Center (JRCC) located downtown at 300 Lucado Place, which included the conveyance of both the current Memorial Avenue and the Border Street properties which was slated to house the Chamber prior to the merge. Agreed upon valuations of these properties would be credited against the purchase price of the JRCC.

In January of 2017, the Lynchburg Regional Business Alliance contracted Atelier 11 Architects to design the future headquarters with L.G. Flint General Contractors selected to do the project.

The Alliance has been continuously accredited since 1973 and recognized nationally with a select number of Chambers for our 20+ Year history of U.S. Chamber of Commerce Accreditation and maintained our Five-Star Rating since 2006.

Now nearing our 139th year, much has changed for our organization over more than a century, but our mission and vision today remains much the same: to support our members and cultivate a region where both businesses and individuals can thrive. 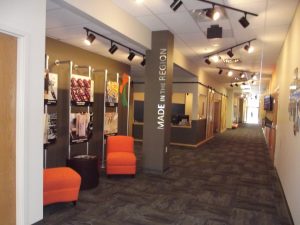