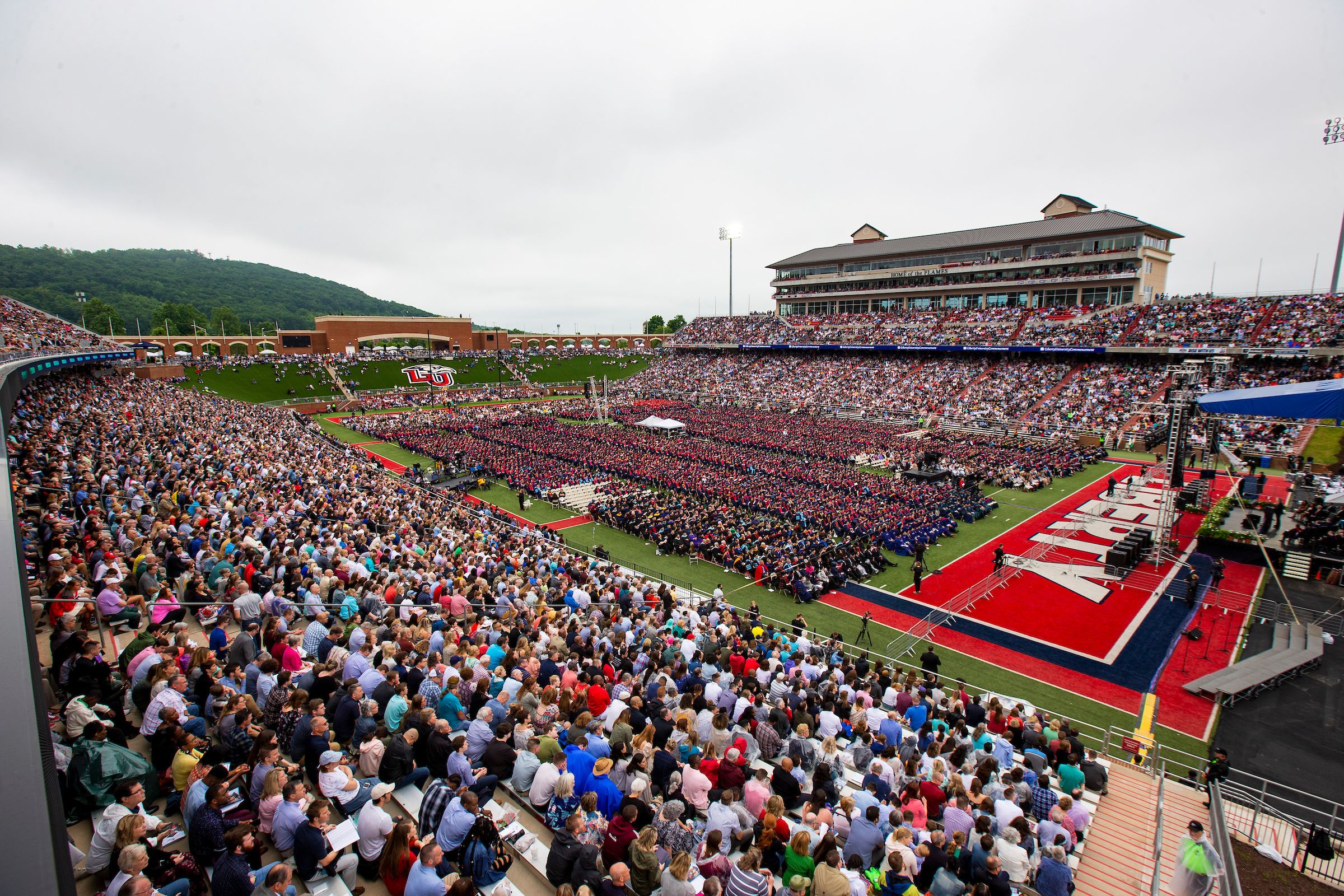 The Lynchburg region is a center of excellence for higher education not only in VA but across the nation. With eight colleges and universities located in the Lynchburg region, including Central Virginia Community College, Liberty University, University of Lynchburg, Randolph College, Sweet Briar College, Virginia Technical Institute, and the Virginia University of Lynchburg, there is no shortage of ready-to-work talent here. And more and more capable students are graduating from these institutions each year.

As the United States continues to recover from the COVID-19 pandemic, tens of thousands of college graduates are preparing to celebrate the completion of their degrees, many of whom did not get to participate in their school’s commencement ceremony due to the impact of the pandemic. Some of the Lynchburg region’s highest institutions of higher learning, including Liberty University, the University of Lynchburg, and Randolph College are all hosting in-person degree completion ceremonies during multiple weekends in the month of May 2021.

Over the years, the growth of the college-educated population of the Lynchburg region has had a significant impact on the economic growth of the region. Between 2016 and 2017, Liberty University alone was responsible for contributing $618.3 million USD in spending to the Lynchburg Metropolitan Statistical Area. While visitor spending made up five percent of this economic contribution, those figures still equaled a grand total of $31.2 million USD, and a significant amount of those visitor-related expenses came from families traveling for Liberty’s annual commencement ceremony during those years.

This same report, from Magnum Economics, shows that activities connected with Liberty University, including the school’s commencement ceremony, drew at least 156,000 hotel night visits with approximately $15 million USD in spending associated with those visits. There were an estimated total of 105, 807 out-of-town visitors to Liberty University according to the report, who spent on average an estimated $219.63 per person per overnight visit.

Higher graduation rates across the country have been propelled in part due to expectations about income. According to data from the U.S. census bureau, a college dropout will earn an average of $21, 023 USD, compared to around $58, 613 USD for college graduates. In terms of tax revenue, the nation loses around $200 billion USD over the course of each fiscal year due to college dropouts alone, because those who do not graduate earn less, they spend less on average, negatively affecting the nation’s tax revenue as well as the national economy.

Additionally, studies have shown that those who have graduated within the last year have defied the slow economic growth caused by the pandemic, and over eighty-five percent of a study of 639 college students who graduated in 2020 were either employed in a job or in an internship. Of those reporting employment, 60 percent shared salary information ranging from $30,000 to $60,000 USD, giving them additional spending power, leading to increased tax revenue and a very measurable economic impact.

Ultimately, data has shown that higher graduation rates in small and large metro areas across the country, including the Lynchburg region, can boost the economic impact of those areas compared to similar metros that have lower graduation and retention rates as it pertains to college students.

This strategy is important for areas like the Lynchburg region, especially given the high population of college-educated residents in the area, as enabling high graduation and retention rates has a high statistical likelihood of boosting the region’s economy and enhancing its quality of life.