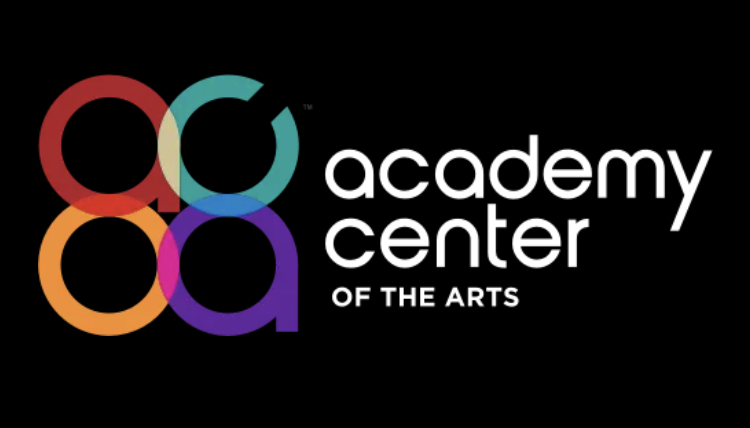 The Academy Center of the Arts is Lynchburg’s cultural hub and entertainment center. First established in 1905, the organization grew over the next six years to become one of the most well-attended theaters in Central Virginia. Productions of the past included individual artists, massive musical productions with as many as 100 members, and the classic silent films of the day. The building, originally named The Academy of Music Theatre, was built largely due to the efforts of Richard B. Apperson, owner of the Lynchburg Traction and Light Company, who eventually became the Academy’s first president.

The Academy is built around three distinct values: community, creativity, and equity. Embodying and representing individuals from all walks of life, the organization strives to embody the diversity of community members and serve them through the arts. Additionally, the cultural hub seeks to use artistic expression to broaden perspectives, think critically, and enrich the quality of life for those in the Lynchburg region and beyond. Lastly, the art center works hard to promote a culture of equity, helping individuals who have faced barriers or who have experienced marginalization, through intentional art programming designed to fit their needs.

Some of the Academy’s upcoming performances include the Lynchburg Symphony Orchestra, country music star Trace Adkins, and the Lynchburg Dance Connection. The art center also hosts a variety of educational classes in the arts, geared towards simple concepts such as basic drawing and painting to more complex topics like recipe illustration. Additionally, the Academy also maintains several of the most prestigious art galleries in the Lynchburg region, enthralling both newcomers and long-time patrons alike.

“According to the Americans for the Arts' Economic Prosperity Calculator, the Academy Center of the Arts made $4.2 million dollars of economic impact on the Greater Lynchburg community in 2019. Not only does the ACOA serve as an economic stimulant for our city but it also contributes to the identity of our community both internally and externally. Healthy communities have meaningful cultural hubs that provide a vibrant nightlife, enriching activities, and spur creativity for both children and adults. Lynchburg's hub is the Academy Center of the Arts,” explained the Academy’s executive director, Geoff Kershner.

Community outreach is also an important arm of the Academy’s mission and vision. To help everyone in the Lynchburg region participate in their excellent education programs, in 2019, the Academy gave out over $30,000 in need-based scholarships to 600 students in the region. Furthermore, the organization offers discounted rates for other nonprofit organizations seeking to use their facilities. The Academy Also has a variety of other programs and initiatives geared towards impacting the community in the region, strengthening its status as a community-driven cultural hub

The Academy also prides itself as being an excellent event venue for corporate events, social events, performances, weddings, and even virtual rentals. If you are interested in using the Academy as a venue for your next event, you can find more information about their facilities HERE.

At the center of any growing and developing community is a cultural center. The Academy Center of the Arts provides that in an excellent way for the Lynchburg region, and their presence may be a catalyst not only to spur economic development but also to encourage more businesses and organizations, including other nonprofits, to make their home here.

To find volunteer opportunities and to learn more about Academy Center of the Arts, click here: https://sharegreaterlynchburg.org/nonprofit/academy-center-arts