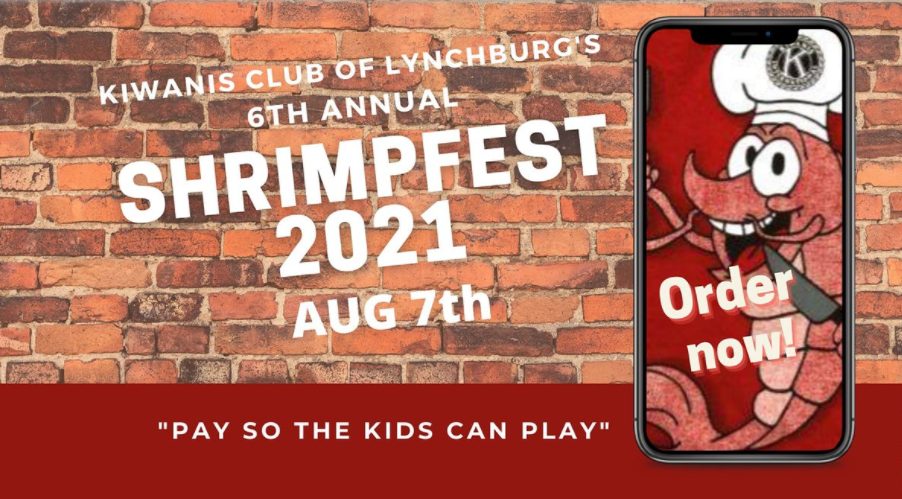 As a civic organization dedicated to community service, Kiwanis Club of Lynchburg has been fostering projects to help the Lynchburg region for over a century, featuring initiatives such as their Service Leadership Programs and Community Projects.

One joint project, undertaken between the Kiwanis Club and Lynchburg Parks & Recreation, is the creation of an all-inclusive “Centennial Playground” near Riverside Park. The recreational area will provide facilities for children of all capabilities.

“I really think this is really a highlight, particularly since it’s our 100-year anniversary,” shared Ed McCann, a member of the Kiwanis Club of Lynchburg. “I think it will be something that’s with us for a long time,” he said, noting that the playground could very likely be a drawing card for the downtown area. McCann also hopes the project will benefit from Kiwanis’ annual SHRIMPFEST Takeout Dinner, planned for later this summer, as the project has currently raised $98,000 of a $150,000 goal.

Additionally, the Kiwanis Club sponsors seven clubs in schools across the Lynchburg region, including three Terrific Kids programs in three elementary schools, Circle K Clubs in four colleges across the region, as well as Aktion Clubs for adults with disabilities. Other community projects undertaken by the club include sponsoring community playgrounds, the Riverside Park train restoration, Just Say No to Drugs program, an Annual Teddy Bear Parade, as well as construction projects at Camp Kum-Ba-Yah.

The civic organization also hosts a variety of events intended to bring the community together while simultaneously providing a fundraising boost that could help give back to the Lynchburg region.

Taking place on Saturday, August 7, 2021, the Kiwanis Club of Lynchburg is hosting their 6th annual SHRIMPFEST, featuring fresh, deliciously cooked shrimp takeout dinners. The event, which will feature takeout shrimp dinners due to health concerns, will be held at the Express YMCA in Lynchburg from 5-7 p.m. For only $25, guests can purchase a ticket that includes a takeout meal package featuring a half-pound of expertly prepared shrimp, fixings, and a complimentary dessert. All proceeds from the event will go to support Kiwanis Club of Lynchburg’s Service Leadership Programs, including the aforementioned Terrific Kids, Circle K, and Aktion Clubs programs, as well as the ongoing joint project with Lynchburg Parks & Recreation to construct an all-inclusive playground for the city’s residents.

For more information on upcoming events held by the Kiwanis Club, visit their Facebook page HERE.

For more information on how you can support the Kiwanis Club of Lynchburg by becoming a member, click HERE.