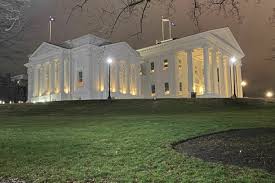 In direct response to legislation passed in the 2020 General Assembly Session requiring EDA and IDA members and Executive Directors to complete Statements of Economic Interest as a condition of serving, Senate Minority Leader Tommy Norment, R-James City County, introduced legislation (SB 1171) that alters that new law and does so in a fairly substantial way.

Senator Norment’s bill, which was amended on the senate floor and passed the Virginia state Senate on Thursday, January 21,  would require “Executive Directors and members of IDAs and EDAs in a single locality with a population of 25,000 or fewer or in a region serving more than one locality that, in aggregate, has a population of 25,000 or fewer.”  Further, applicants and members “shall not be required to file, as a condition to assuming office annually thereafter, a disclosure statement of their personal interests” but shall at all times comply with the Conflict of Interest provisions.

There was a compelling 15-minute debate on the senate floor between the current bill patron and Senator Mark Obenshain, the sponsor of last Session’s legislation, which became state law in July 2020.  Virginians in local government and economic development will recall the scandal that occurred – and remains ongoing – in Front Royal and Warren County.  After having been taken by for the day for multiple floor sessions, the bill passed by a 24-15 vote.

Now that Senator Norment’s bill has passed the state senate, it will now go to the House of Delegates for consideration.

In the House of Delegates, Delegate Tommy Wright, R-Lunenburg, also stemming last Session’s statement of economic interest mandate bill, introduced House Bill 1743, which seeks to accomplish two things: one, reduce from seven to five the number of members that may be appointed to industrial development authority boards by the Towns of Kenbridge and Victoria and, two, reduce the quorum requirement to three members. As Delegate Wright stated on the (virtual) House floor on January 19, small towns like Kenbridge and Victoria, are having a hard time getting enough people to serve on these boards, which Senator Norment also cited as the basis for introducing his bill.  Reducing the number of members and the size of the quorum attempts to allow these authorities to continue to exist and operate.

Delegate Wright’s bill passed the House of Delegates 99-0 on Wednesday and will now go to the state Senate where it will go through a similar committee process.