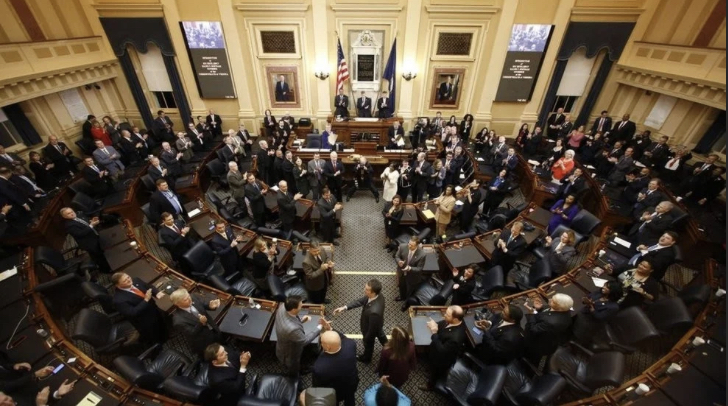 The 2021 legislative session was the equivalent of spinning plates and juggling chainsaws that had me wishing I had gotten an economics and finance degree rather than English, and deeply regretting receiving that English degree, as opposed to one in economics and finance. Considering the intense political dynamics between both houses of the state legislature it was no small feat that anything substantial got passed into law.

From monitoring and digesting the amended state budget and briefing Alliance members in the closing days of the VA General Assembly Special Session, generally accepted as no small accomplishment given its scope and significance, to performing similar functions concerning the next federal government COVID relief package, we have been having an incredibly challenging time trying to cover this legislative session.

Thankfully, the Alliance staff has good friends in the U.S. Senate, an active Twitter feed, and the Virginia Public Access Project to help inform and educate our staff and members. As a result, compliments of Senators Warner and Kaine’s office, we have posted a link below to an extensive summary on the highlights of what the Senate passed last Saturday in the American Rescue Plan Act.

We also have reporters from the Times-Dispatch, the AP, and others who have interviewed Virginia’s senators, our Secretary of Finance, Aubrey Layne, and others, so as of March 12, we have a fairly detailed and accurate understanding of what the roughly $1.9T COVID relief package includes. Again, thanks to media accounts and senate staff documents, we are beginning to understand how many more billions of federal relief assistance will make its way to the Commonwealth and its localities and municipalities. Without question, the COVID pandemic has reminded Virginians of the interconnectivity of the federal, state, and local governments.

Based on credible public sources, here are several key provisions of relevance and interest:

Click HERE for a title-by-title summary of the American Rescue Plan.

For those interested in how the $340B in funding is poised to be allocated to local governments, please click the below analysis provided by the National Association of Counties. Interested readers can scroll through the see roughly what the localities in our region will be receiving:

Click HERE for information on how the $340B will be allocated to local governments, including the Lynchburg region, with analysis provided by the National Association of Counties.

The above-referenced provisions, and others, are well-intentioned. Hopefully, these targeted relief items will continue to assist businesses, individual taxpayers, school divisions, and other worthwhile deserving entities and causes to continue to recover both from a public health and economic perspective.

As I have heard Secretary Layne, VEDP CEO Stephen Moret, Moody’s economists, various Federal Reserve members – and others – present in public (and I’m paraphrasing): Virginia economically and budgetarily has fared better than most states, and in some cases, demonstrably so. Comparatively, we have been rather fortunate. As Senator Warner stated in Michael Martz’s excellent March 6, 2021, Richmond-Times Dispatch article:

“Warner and other members of Virginia’s congressional delegation recognize that the state’s economy has fared much better than expected, primarily because of its robust sales tax revenues and large, technology-driven businesses that weathered the public health emergency well. But they say the relief package, passed by Senate Democrats on a 50-49 party-line cote, will help Virginians and businesses that have been hurt most, especially in low-income urban and rural areas, as well as localities such as Williamsburg and Virginia Beach that rely on tourism-driven hospitality industries that have been devastated by the pandemic.”

Warner went on to address important changes made to the bill, so it targets aid to the millions of Americans that remain out of work and to state and local governments who’ve had to lay off workers and small businesses that struggle to keep their doors open.

Increasing numbers of Americans receiving the COVID – 19 vaccine and decreasing test-positivity rates help generate more optimism for Virginia and the Lynchburg region, even if only cautious optimism. Let us hope the public health crisis continues to abate and the economic situation for Americans, Virginians, and all our neighbors continues to move in the right direction.